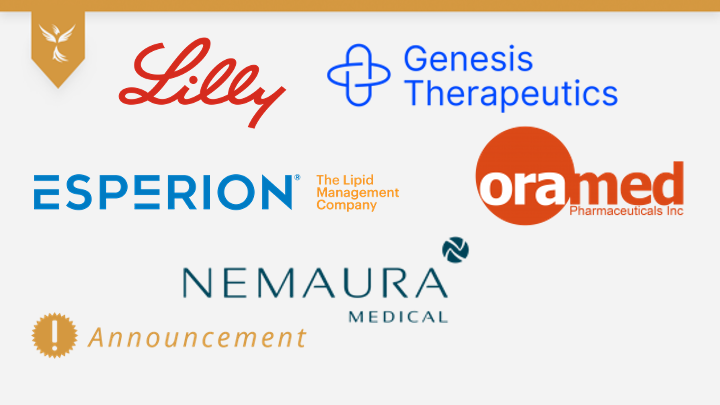 Here is a brief preview of this blast: A series of cardiometabolic-related news items have been observed: Genesis Therapeutics announced a strategic collaboration with Lilly; Esperion (press release; slides) hosted its Q1 ‘22 earnings call; Oramed announced the Ph3 study (ORA-D-013-1) of its oral insulin capsule (ORMD-0801) in T2DM has completed enrollment; and Nemaura Medical announced that its UK licensee, MySugarWatch, has launched a series of ads in MIMS as part of a large-scale awareness campaign for the company’s sugarBEAT non-invasive CGM. Below, FENIX provides highlights and insights for the respective new items.

Matthew has been a thought leader in the high-growth therapeutic areas of diabetes and cardiovascular medicine since 2006, making regular attendance at large and small CV/met scientific meetings and an architect of novel methods for assessing market opportunities. He has over a decade of experience in leading CV/met consulting engagements, is a published author in PM360 and Diabetes Technology & Therapeutics, and has been quoted in The Pink Sheet on anti-thrombotics.
error: Content is protected !!